Obesity has become a serious chronic disease that is affecting developed and less developed countries. People who are overweight or obese are also more likely to suffer from a range of chronic diseases. However, losing weight is not easy. People have tried to eat fewer calories; some combine eating less with exercise. But, having lost weight initially, it is difficult to keep it off.

On the other hand, there are many recent studies that indicate that a high fat diet rich in polyunsaturated fatty acids – essentially, a ketogenic diet – is quite effective in reducing body weight.

Ketogenic diets elicit a state of ketosis known as 'nutritional ketosis' (NK), a state of hyperketonaemia which should not be confused with pathological ketosis such as diabetic ketoacidosis – a decidedly dangerous condition. Ketosis, on the other hand, is a state in which ketone bodies are produced from fats and amino acids. These can then be used as the body's main source of energy when it the body has depleted (or has not taken in) its carbohydrate-based sources of fuel. 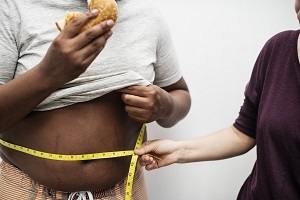 One common argument against the consumption of a diet that is high in fat is that it causes obesity. Because fat has a higher calorie density than carbohydrate, it has long been believed that the consumption of a high fat diet will be accompanied by a higher energy intake. However, recent studies have indicated that a ketogenic diet can be effective for weight loss in obese individuals.

Rather than fat, a diet high in sugar has been shown to be the root cause of many chronic diseases from accelerating aging to promoting the development of cardiovascular diseases, type II diabetes and certain forms of cancer.

As a result, the keto diet has gone from relative obscurity to one of the top trends, recently surpassing both Paleo and Vegan in consumer interest according to Google Trends data.

However, keto weight loss is not for sissies. One of the main reservations about a keto diet is that it is difficult to maintain.

Many people complain of some relatively unpleasant side effects when starting a ketogenic diet. Some of these are sometimes short-lived, as your body adapts to the new way of eating. Others remain problematic for much longer, and for some individuals, never go away at all.

Among the more frequently reported side effects are:

Many people turn to ketogenic supplements such as keto pills, to help deal with these problems.

Following a keto diet is not easy, particularly in the initial stages. For many people, the side effects, ranging from loss of energy to bad breath and body odor, constipation, leg cramps, loss of body salts and generally feeling under the weather (keto flu), are reasons to give up on the diet.

A Growing Market For Ketogenic Products 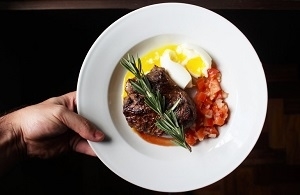 Food and supplement manufacturers are cashing in on the growing interest in keto weight loss and producing an ever-widening range of ketogenic products designed to assist keto diet followers maintain their diets and enhance their efforts.

So, for example, we could soon see shelves in supermarkets and health food stores starting to stock keto-friendly snacks (which provide a sodium boost) like beef jerky, bacon and pork rinds. The first keto-friendly nut-based snack bars – high in fat, with moderate protein and low carb with no added sugar have already been launched; along with "drinkable ketogenic meals" and bone broths.One manufacturer is so confident about the growth potential of the keto food and supplements market that it has invested over $100 million into developing and distributing its range of keto products.

All types or products are increasingly likely to carry the endorsements from various organizations that provide the emerging array of keto certifications such as "Certified Ketogenic" and "Paleo Foundation Certified Keto".

There is also expected to be an increase in demand for ketogenic diet food protein as well as BHB, the main ingredient in keto supplements, which is available in the form of liquid or powder and often contains only electrolytes; and MCT, or exogenous ketones supplements.

At present, keto supplements account for around 55% of the revenues of the ketogenic diet food market; followed by beverages with around 30% and meals/foods with 15%.

In addition, food manufacturers are likely to also start capitalizing on the keto trend by providing recipe suggestions for ways to use existing products in a keto-friendly diet.

While keto supplements still dominate the keto market, food manufacturers are starting to produce an ever-widening array of products ranging from snacks and energy bars to liquid keto meals, all of which are designed to make it easier for consumers to stick to and benefit from their keto diet.

All About Ketogenic Supplements

Over the past few years, ketone supplements have become increasingly popular to support those following a ketogenic diet and wanting to maintain a healthy level of ketosis as much as possible.

There are three ketones the body produces when on a ketogenic diet:

These are important names to remember when considering the many different kinds of ketone supplements. The most popular of these are those containing so-called exogenous ketones – ketones created outside the body, as opposed to ketones produced by your body when your carb intake is restricted and you are in a state of ketosis. 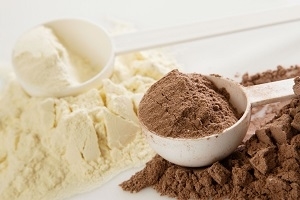 Exogenous ketone supplements are said to provide ketones (usually Beta-hydroxybutyrate or BOHB/BHB) directly to the body without requiring ketogenesis. These are said to be an effective way - and a safe way - to boost the ketones in your own body. Exogenous ketone supplements usually take the form of salts or what is known as "esters".Supplements containing ketone salts are some combination of sodium-, magnesium-, calcium or potassium-BOHB, and are available commercially from several companies.

The main aim of these supplements is to provide the body with additional ketones to use when you are not in ketosis. They are also said to help you transition into a state of ketosis – faster than by diet alone – or to get back into ketosis almost immediately if you slip up and slip out of ketosis for any reason (such as breaking your strict diet).

There are three main categories of ketone supplements.

Warning: there are products and supplements with the word ketone in their name, but which have nothing to do with ketosis or a keto weight loss diet. An example of this is Raspberry Ketones, a natural substance that gives red raspberries their distinctive smell.

Most of the keto supplements available on the market today contain exogenous ketone. When your body goes into ketosis, three main types of ketones are produced. The ketone-containing supplements are designed to help you to maintain the high level of ketones required for weight loss, even if your body slips out of ketosis.

A study which reviewed use of a wide range of nutritional supplements that are commonly utilized by those wanting to lose weight on a keto diet as these are said to induce ketosis and reduce symptoms associated with keto-induction was not particularly complimentary about most of those it examined.

In fact, the study found that with the exception of MCTs, there is limited research on the ketogenic potential of nutritional supplements, especially in human subjects.

However, the rapid and substantial elevation of BHB offers potential to mitigate the effects of keto-induction, and thus, could play a role in improving adherence to a ketogenic diet.

More and more people are turning to a ketogenic diet lifestyle in an attempt to lose weight. The reason for this is that the diet has been scientifically proven to work. However, it is not easy to stick to a keto diet: it has some nasty side effects and it is easy to "fall off the wagon", fall out of ketosis, and then have to battle through some of the nastiest side effects to get back on track.

Food and dietary supplement manufacturers are starting to produce an increasingly broad array of products designed to help you to stick to and benefit from your diet program. That's the good news. The bad news is that the scientific jury is still out how effective keto supplements are without the keto diet.

Pamela studied nutrition and and sports medicine and has made a fantastic career out of it. She is a proud multi-tasking single mom that makes good food for her family and takes pride in what she does. She teaches TRX three times a week and loves weekends and strawberries.