Hemorrhoids or piles are actually normally occurring structures in the anus. They are supplied by many tiny blood vessels and their function is to cushion the tissue during bowel movements. When referring to the condition of hemorrhoids, one is actually referring to the normal structures becoming swollen and engorged with blood.

Hemorrhoids affect one in every three adults. Interestingly, not everyone who is diagnosed with hemorrhoids necessarily reports symptoms. The only major risk factor that the same epidemiological study could find was that a high BMI correlated with a higher risk of developing hemorrhoids. 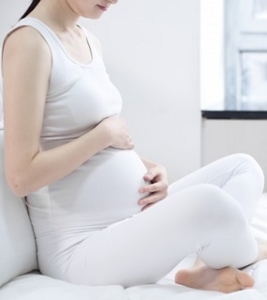 These findings open up a whole new level of searching for the causes of hemorrhoids. The distinct physiological differences between individuals who suffer from hemorrhoids and those who did not, suggest that the onset of hemorrhoids may actually be a multifactorial phenomenon. This means that although certain activities and the environment do play a role, there is also a possible role for genetics.

Diagnosis of a hemorrhoid is made after taking a clinical history and conducting a physical examination. The healthcare professional will likely rule out other causes of rectal bleeding before diagnosing hemorrhoids. But if a patient presents with the symptoms and the physical exam finds structures which look like hemorrhoids, a diagnosis will be made. Diagnosing internal hemorrhoids is a little bit more difficult. It is possible that the health professional will try to feel for them but they are not easily felt. It is more likely that they will order an anoscopy or colonoscopy. This involves a specialist doctor inserting a tube via the anus to examine the inside of the rectum. 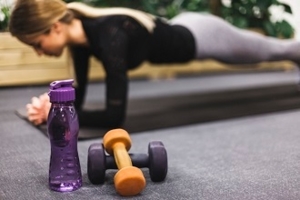 There are a variety of medications which can be given to treat the symptoms of hemorrhoids. These include local anesthetics, corticosteroids or anti-inflammatory creams.

The last line of intervention involves surgery. The various kinds of surgery available include rubber band ligation, sclerotherapy, infrared coagulation or a hemorrhoidectomy. All of these various interventions include essentially killing the hemorrhoid tissue, whether it be by strangling it or using a laser or injecting something into it. A hemorrhoidectomy specifically cuts the hemorrhoid out under the effect of a local anesthetic. There are also some natural alternative remedies to try and alleviate the symptoms of hemorrhoids.

There are several investigations a healthcare professional will undertake to diagnose hemorrhoids. For mild cases, this will simply involve a history taking and physical examination. Managing hemorrhoids in the long term requires lifestyle modification. In the short term, local anesthetic creams can be used to relieve the symptoms. In severe cases, surgery may be required.

Despite the fact that hemorrhoids are considered a fairly simple medical condition, research into them is still advancing every day. Although they are non-lethal most of the time, they can be quite disruptive and they are fairly common. The research that has determined the contribution that the molecular basis makes to the establishment of hemorrhoids is quite astounding because it opens our eyes to yet another multifactorial condition. As our knowledge of molecular biology and genetics grows, and we learn more and more about the causes and treatments for multifactorial diseases, we move closer to fully understanding this disease.

Despite the fact that what was once considered as a simple condition is becoming more complex as we learn more about it, there are still a variety of easily available treatment and management opportunities. As with any medical condition, lifestyle is so important. We are also fortunate to live in a day and age where, because our lives are so busy, we can turn to the help of natural supplements to pick up where we slack off. Following the simple guidelines of maintaining good diet and exercise and treating hemorrhoids before they escalate to the point of surgery, taking control of the condition is very easy and so living a healthy and enjoyable life that is scarce in hemorrhoids is certainly a possibility.

Della makes her living as a professional blogger and reviewer. Working in the industry for over 8 years, she is a pro at understanding what makes a good product when it comes to health and positive well-being. She loves nothing more than curling up in from of a roaring fire with a good book.