We all feel anxious at times. You know that feeling: a tightness in the chest, a sick feeling in the stomach, a tension headache. Anxiety can manifest in many ways and it can affect anyone – men and women, children and adults – at any time. Children, for example, often experience what's known as separation anxiety. Sometimes, our own stresses and anxieties affect our children.

However, it's important to distinguish between normal feelings of anxiety, and an anxiety disorder that is seriously affecting your day-to-day living. If it is, then medical attention or some other form of anxiety relief is required. 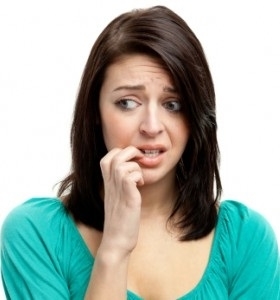 The American Psychological Association describes a person with an anxiety disorder as "having recurring intrusive thoughts or concerns". In order for anxiety to be categorized as an anxiety disorder, the severity of anxious feeling must be out of proportion to the original trigger. It can result in physical symptoms such as raised blood pressure and nausea, rapid heart rate, rapid breathing or hyperventilation, heavy sweating, trembling or muscle twitching, weakness and lethargy, and digestive or gastrointestinal problems such as gas, constipation or diarrhea. In addition, anxiety has also been associated with a higher risk of cardiovascular and cerebrovascular disease.

However, although anxiety disorders are extremely common and affect about 40 million people in the United States – making it the most common group of mental illnesses in the country, only 36.9% of people with the condition receive treatment. Globally, the lifetime prevalence of anxiety disorders is estimated to affect 16.6% of the world's population.

Examples of anxiety disorders include:

Anxiety is not necessarily bad, but a true anxiety disorder can seriously affect your ability to function effectively as a woman and a mother – and this could adversely affect your children. In other words, severe anxiety is not something to be taken lightly. Seeking help or treatment is not an admission of weakness.

Because some of the symptoms of an anxiety disorder such as a panic attack are similar to those of heart disease, thyroid problems, low blood sugar, breathing disorders and other illnesses, people with anxiety disorders often misdiagnose their condition and visit a doctor or emergency room for what they believe is a life-threatening condition. 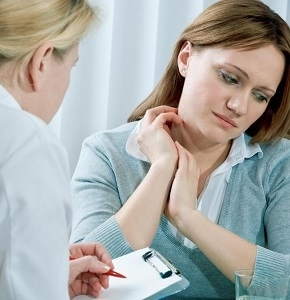 It is also worth remembering that certain medications can also result in symptoms that imitate or worsen an anxiety disorder. Once these conditions have been ruled out, it is worth having a thorough mental health evaluation because anxiety disorders often coexist with other conditions such as depression or obsessive-compulsive disorder.

Anxiety disorders are generally treated either with psychotherapy (talk therapy) or medication – or a combination of the two. While medication does not cure anxiety disorders, it often relieves the symptoms. Medications can usually only be prescribed by a medical doctor such as a psychiatrist or general practitioner, and in some jurisdictions by a psychologist as well.

Antidepressants are generally safe and effective for many people, but they may cause a whole host of side effects including nausea, blurred vision, headaches, confusion, tiredness and nightmares.

Using antidepressants for children, teens and young adults is not recommended - and this is probably true for natural anti-anxiety treatments too.

In addition, a "black box" warning – the most serious type of warning that a prescription can carry – has been added to the labels of antidepressants warning that this class of drugs may cause some people to have suicidal thoughts or make suicide attempts. For this reason, anyone taking an antidepressant should be monitored closely, especially at the start of the course of treatment.

Self-diagnosis of anxiety can be problematic as it could mask, or imitate, other serious physical conditions. There are many different synthetic medications available, all of which have undergone rigorous testing for efficacy and safety. It is also worth considering psychotherapy with a professional therapist. 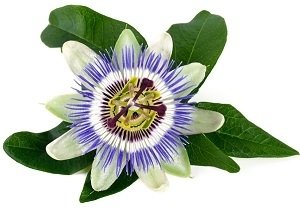 Many people turn to alternative treatments for anxiety relief. Although most plants have not been studied for their therapeutic value or side effects, there are some herbal treatments that indicate that certain plant-derived substances can help with psychological problems. In fact, a number of reviews of the clinical efficacy of herbal and nutrient treatments for depression and anxiety disorders have been published over the last decade. These have focused largely on Passionflower, lysine, magnesium, kava and St John's wort, either alone or in combination.

Other herbal treatments that may hold some promise for the treatment of anxiety include Valerian, Chamomile, Lavender and Lemon balm – but far more research is required.

While all these natural substances show promise as anxiety relief treatments, more research is required to confirm their potential, as well as to determine the optimal dosages required. If you're considering taking any herbal supplement as a treatment for anxiety, talk to your doctor first, especially if you take other medications. The interaction of some herbal supplements and certain medications can cause serious side effects.

If anxiety is affecting your day-to-day functioning, you should not ignore it and try to "get on with it" or "pull yourself together". Seek help and obtain a proper diagnosis before self-medicating. In particular, do not try to treat your children for anxiety with any of the popular anxiety relief medications without the supervision of a qualified practitioner.

Pamela studied nutrition and and sports medicine and has made a fantastic career out of it. She is a proud multi-tasking single mom that makes good food for her family and takes pride in what she does. She teaches TRX three times a week and loves weekends and strawberries.