Low Fat vs. Low Carb Diets - Which is Best For Weight Loss?

Dieting As Part Of A Weight-loss Program

The entire purpose of dieting is to reduce the number of calories that person takes in as well as to increase the amount of healthier foods they eat and cut down on the number of unhealthy foods. But an understanding of how the human body processes different nutrients has also led to the understanding that reducing calories is not enough, as different nutrients are processed differently in the body and hence may have different outcomes.

Dieting is an important part of any weight-loss program and is centered around reducing the number of calories that you take in and making sure to eat the right kinds of nutrients.

Food Groups And The Effects Of Cutting One Of Them Out

There are three major food groups in the human diet and a number of smaller but equally important ones as well. The three main food groups are carbohydrates, fats and proteins. The smaller groups are vitamins and minerals. Each person has a specific amount of energy that they use per day which is based on their physiology and how much activity they do. A healthy diet arranges the food groups in such a way that the energy needs of the person are met and they are getting all of the different kinds of nutrients they require to function.

There are a variety of diets that arrange these food groups in different combinations in order to optimize nutrition. In other words, sometimes more emphasis is placed on a particular food group and less on another. There are also certain food groups that have been linked to negative health effects when they are in excess. But there is much debate about which food group is the healthiest and which is the unhealthiest. As a result, there are several kinds of diets deemed to be healthy that actually have conflicting information. For a long time, experts agreed that a diet low in fat is healthiest but new evidence is emerging that a low carb diet may be just as healthy. And there is evidence for either side.

There are different groups that foods fit into and they have to be arranged in certain combinations to maximize their benefit for a healthy diet. This is because different nutrients are processed in different ways in the body. But there is a lot of debate about what the best combination is.

Benefits And Drawbacks Of A Low Fat Diet 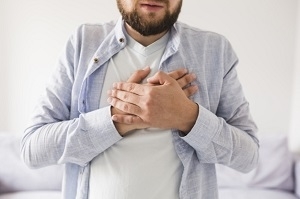 Fats as a food group are very high energy compared to proteins and carbohydrates. They have more than double the calories per gram. According to the theory that weight loss is based on the difference between energy taken in and energy released, fats are not very helpful because they put in a large amount of energy. Another problem with fats is that they have been implicated in a very large number of diseases, especially those that affect the heart and blood vessels. Most fatty foods contain some form of cholesterol which is one of the major players in heart attacks and strokes.

Instead, this diet relies on more carbohydrates which are the first source of energy to be metabolized. They release energy quickly and are available in many sources. There is one problem with the carbohydrate diet though. If more energy is taken in through carbohydrates than needed the leftover carbohydrates are converted into fat anyway (although there is generally no cholesterol involved). Excessively high carbohydrates can also cause insulin resistance. A diet low in fats can also withhold some of the essential fats that the body needs, like omega-3 fatty acids.

Cutting out fats from your diet can be beneficial because it reduces your cholesterol intake and your energy intake overall. When fats are removed, they are replaced with high carbohydrates and these are quite an efficient energy source. However, they can still cause weight gain if too much of them are eaten. Low-fat diets also exclude healthy fats like omega-3 fatty acids.

Benefits And Drawbacks Of A Low Carb Diet 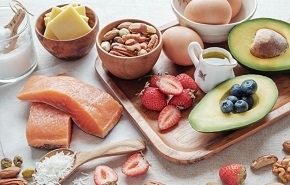 Low-carb diets generally rely on fats and sometimes protein to replace the energy source. The body is able to convert fats and proteins into its main source of energy, glucose, which normally comes from carbohydrates. Low carb diets keep levels of insulin low, which also slows down the formation of stored fats. Food sources of protein and fats are also generally more filling than carbohydrates, meaning that a person experiences hunger less often.

Just the opposite to low-fat diets, low-carb diets may expose a person to high levels of cholesterol. There is also a lot less known about low carb diets because there is a deficit of studies that follow up with people on such diets for many years and so it is difficult to know the long-term effects.

Following a low carb diet activates different metabolic pathways in the body that do not rely on insulin. For the most part, these pathways assist with the breakdown of fat which could be beneficial to weight loss. It is difficult to say whether there is a danger associated with low-carb diets because there is less scientific research about them.

So Which One Is Better?

It is a very difficult question to answer because there is good evidence for either kind of diet. With the current scientific knowledge, there is no clear forerunner. From two recent reviews of scientific literature, there appears to be better weight loss with low carb diets but no real effect on improving overall health. The best personal advice on such a question would be to try both and see which works better for you.

Apart from lecturing in her spare time, Wilma Jakes is a teacher at her local highschool in Texas. She has also volunteered in many programs for mother's with post natal depression and is now a writer at MommyAuthority, sharing her extensive knowledge in the industry.