Have you heard of green coffee? If not you may not know that it refers to coffee beans before they are roasted. These are normally used to produce the coffee powder that people use to make the coffee. Eating or drinking coffee is not a new practice. In fact, it is thought to have originated in Ethiopia before the 13th century - and drinking a solution made from brewing the green coffee beans was actually the original practice.

Green coffee is the unroasted coffee bean that is used to produce instant coffee. It is believed that it was first brewed unroasted. Green coffee is different from instant coffee because it has higher levels of a substance called chlorogenic acid. The current scientific belief is that the combination of chlorogenic acid and caffeine are responsible for the health benefits associated with taking green coffee extract. 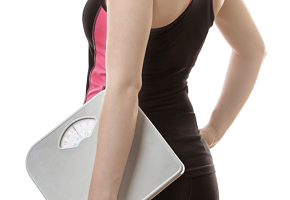 The research behind the health benefits of green coffee is still very new. The problem with new research is that it often involves testing on a very small scale. This means that the results have to be tested on a much larger scale in a more controlled fashion. That doesn't mean that the small-scale research is incorrect, it just means that the scientific community considers the fact that more research is needed to prove the results of the small-scale studies definitively. Either way, the preliminary scientific studies show that green coffee can help a person lose weight.

One very convincing study found that green coffee helped subjects to reduce the amount of glucose that they absorbed and this had an effect on their body weight. The study looked at 12 people for the glucose tests and 30 people for the weight loss tests. The study was conducted for 12 weeks and looked at subjects who maintained their normal diets whilst drinking the coffee. The study found that on average, green coffee helped subjects lose 3.7 kg (8.2 pounds) more than people who drank instant coffee.

Another study, conducted in mice, found that supplementation with chlorogenic acid lowered circulating, liver and heart levels of triglycerides and cholesterol. Triglycerides are the body's way of storing fat so a decrease in them could be interpreted as a decreased storage of fat.

Two other important studies have provided a possible reason as to how green coffee extract can help with weight loss. One study found that caffeine and chlorogenic acid can act specifically on fat cells, via chemical receptors, and cause a chain reaction that releases fatty acids. The very same study also found that chlorogenic acid was able to reduce the chemical reaction that converts glucose to fat.

The other study determined that green coffee extract is able to inhibit a well-known enzyme called lipoxygenase. Lipoxygenase is responsible for producing chemicals known as leukotrienes. Leukotrienes help to stimulate inflammation when there is tissue damage. But inflammation can be caused by many factors including high levels of fat cells. So the study found that green coffee extract is able to combat the pro-inflammatory environment that is caused by being overweight.

Scientific studies of green coffee extract are quite sparse and new. The consensus at the moment is that green coffee can help people lose weight because it causes an increased release of fat, reduced storage of fat and a mitigator for the pro-inflammatory environment that being overweight causes. The findings are preliminary and cannot be taken as entirely conclusive yet, but they lay a pretty strong foundation for new research and make a good argument for trying green coffee extract.

Green Coffee Before, During And After Pregnancy 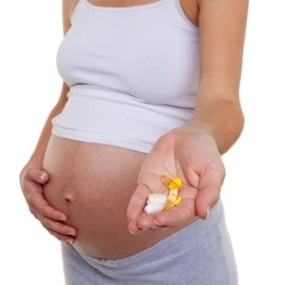 The main problem with foods or supplements that are being newly researched, is that there has not yet been enough time to test their interactions with drugs, other foods and health statuses like being pregnant. For the moment, there does not seem to be any evidence to state that green coffee is harmful during pregnancy but there also isn't any evidence to say that it is definitely safe.

What is known is that green coffee does contain caffeine and high amounts of caffeine can have consequences on a person's health especially that of a woman. There is some evidence to suggest that caffeine can reduce fertility and that it can harm the baby during pregnancy (in excess levels).

There aren't any major risks for taking green coffee after pregnancy but breastfeeding mothers should be careful because the chlorogenic acid and caffeine may be transferred to the baby via the breast milk. For mothers who aren't breastfeeding, green coffee can possibly help to lose the excess weight that was gained during pregnancy.

Daily Dose And Side Effects

The scientific studies that have looked at green coffee have determined that a dose of about 400 mg of green coffee extract before each meal had weight loss effects and didn't really produce any adverse effects. 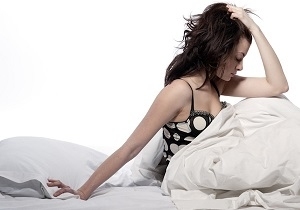 Taking too much green coffee can result in taking in too much caffeine which can cause side effects like:

The initial stages of research on green coffee seem to indicate that it is quite likely to help with weight loss. There have also been some other health benefits associated with it such as reducing blood pressure and cholesterol. That makes it seem like a good supplement for a parent to take - especially a mother who's just had children. It also seems to be safe before a woman plans on having children as long as she does not have more than 1200 mg a day. It is important to know that to achieve the best results, green coffee extract should be used along with a healthy diet.

Born and raised in NYC, Chloe grew up running around the reservoir in Central Park and dreaming about attending NYU. She finally realized her dream and received her Masters in Biology. Currently married to her childhood sweetheart and mom to three spirited children, she works as a genetic counselor and is living the life she always wanted to.