Weight loss is quite a tricky and difficult thing to do. Most people know the basics, including eating a healthy diet and getting sufficient exercise. There are also a number of pharmaceutical and natural products that claim to assist the process of weight loss. It is important to interrogate the claims of these products so that potential customers do not waste their money on supplements which include ingredients that don't work. Caralluma Fimbriata is a plant which contains several compounds that have been suggested to help with weight loss.

Caralluma Fimbriata was eaten predominantly in India before it became popular in the West. It was known as a famine food because it helped to suppress hunger during times when food was scarce. They grow quite commonly in India, normally during the late summer and are noticeable by purple, black, yellow, and red flowers that have a distinct, and rather unpleasant, smell to them.

In the places that they grow, the flowers are boiled or eaten raw, possibly in a salad.

Consuming Caralluma Fimbriata is not a completely new idea. People in India have been eating the flowers of this cactus for many years. It is quite a common plant in India and is very distinct. Historically, it was eaten in times of famine to suppress hunger.

What Are The Claimed Benefits Of Taking Caralluma Fimbriata? 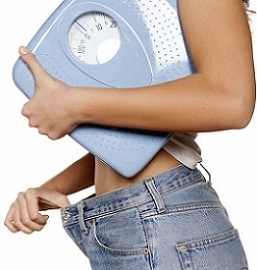 There are a number of benefits that have been claimed in association with consuming Caralluma Fimbriata. Apart from its use as a supplement for help in weight loss by reducing appetite and the storage of fat, many people believe that it is able to help a person quench their thirst. Others believe it boosts energy and can even help to treat a number of medical conditions. In terms of backing these claims up with scientific research, two kinds of studies need to be conducted. In one kind of study, a randomized controlled clinical trial, researchers simply test the statistical association between taking Caralluma Fimbriata and the benefit they are trying to test. If there is a statistical link, they move on to much more in-depth studies which try to determine how Caralluma Fimbriata is able to cause these benefits.

The main benefits that have been associated with Caralluma Fimbriata are: help with weight loss, quenching thirst, improving energy and treating some medical conditions. In order to prove these benefits, a number of scientific studies need to be conducted and have similar findings.

What Do Scientific Studies Say About Caralluma Fimbriata?

A randomized controlled clinical trial that studied the effects of Caralluma Fimbriata on reducing the risk of developing metabolic syndrome due to being overweight, found that the participants, on average, had a reduced waist circumference, body weight, and body mass index. It was conducted in 2013 in Australia and consisted of 33 people between 29 and 59 years old.

Statistically, the size of the sample, which is the number of participants, needs to be larger to reach a more conclusive decision, but the study certainly was a good start.

Another study was conducted with 50 adult men and women found that there was also a decrease in waist circumference, body weight, and body mass index. The more studies that are available, the clearer the picture will be about the connection of Caralluma Fimbriata and losing weight.

There have been studies that found that consuming Caralluma Fimbriata contributed to the weight loss of the participants. However, larger studies are needed to improve the power of this finding.

How Does It Work?

How Do You Take It? 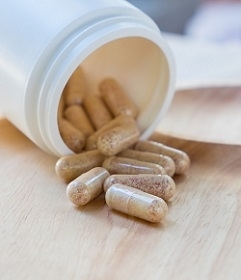 In order to receive the best benefits, a person would need to consume between 500 - 1000 mg of Caralluma Fimbriata extract every day. This might be from eating large amounts of the flower every day, but it is more practical to take a supplement. It should ideally be taken with meals. Potential customers should be cautious when purchasing Caralluma Fimbriata supplements. Some manufacturers produce ineffective products and do not offer a satisfaction guarantee. The most trustworthy manufacturers are those which are completely transparent with their customers and share the ingredients as well as the dosage that their supplement contains. Make sure to do your research and read balanced reviews about Caralluma Fimbriata supplements.

Are There Any Side Effects Of Taking Caralluma Fimbriata?

Some mild side effects may occur when taking Caralluma Fimbriata supplements. These include intestinal distress, gas production, constipation and slight stomach pain. These effects should disappear within a week as the body gets used to the supplement.

Born and raised in NYC, Chloe grew up running around the reservoir in Central Park and dreaming about attending NYU. She finally realized her dream and received her Masters in Biology. Currently married to her childhood sweetheart and mom to three spirited children, she works as a genetic counselor and is living the life she always wanted to.