Mommy Authority › Physical Health › Why Is The Thyroid Gland So Important?

Why Is The Thyroid Gland So Important?

When most people think of what a gland is they probably think about a hollow organ that looks like a sack - that releases certain chemicals or fluids. Perhaps one well-known example is the tear gland. The thyroid gland is a butterfly shaped structure that sits just below the Adam's apple (women also have an Adam's apple but it does not show as much because their voice boxes are smaller). It can also be divided into two halves which sit on either side of the Adam's apple.

The thyroid gland doesn't quite secrete fluid like a tear gland but it releases specific kinds of hormones called thyroid hormones. Thyroid hormones control many different functions, but they can all be grouped together for controlling a person's metabolic rate. These functions commonly affect the speed at which a person's heart beats, how much heat they produce, how quickly they digest food and quite importantly they affect a person's fertility. Recent research has also found that it plays an important role during pregnancy.

The two thyroid hormones are called:

T3 is the more active hormone. T3 can enter a whole bunch of different cells in the body and affect DNA in the cells to cause it to become more active and make the cell perform its functions more quickly. Thyroid hormones have such a powerful and important function that the body controls them very strictly because too much or too little of them can lead to serious problems (which we'll discuss later).

Control of the thyroid hormones begins in the brain in a section called the hypothalamus. The hypothalamus is basically the control center that is responsible for making sure that the body functions properly and that all of the hormone levels, water levels, heart rate etc. are within normal range, or at higher or lower levels to compensate for processes which could negatively effect health. One of the functions it performs is releasing a hormone called the thyrotropin releasing hormone. The thyrotropin releasing hormone causes the pituitary gland to release a thyroid stimulating hormone which increases the production of T3 and T4. When levels of T3 and T4 get too high they act on the hypothalamus and pituitary gland to release less of their respective hormones. It all sounds very complicated but the basic idea is that there is a feedback loop to make sure that the levels of thyroid hormones generally remain normal.

Thyroid Disorders And How They Affect Your Health 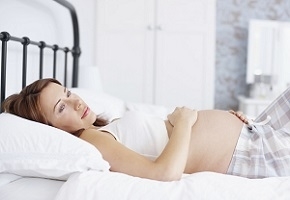 What Do I Need To Know About An Overactive Thyroid?

In all of these conditions the thyroid gland is no longer responsive to decreasing levels of thyroid stimulating hormone. The increase in thyroid hormone causes a large (and unhealthy) increase in the rate of a person's metabolism. This causes a whole cascade of events but the major symptoms of hyperthyroidism are:

Hyperthyroidism, an over-active thyroid, is a result of too much thyroid hormones. Symptoms can be exhibited as sudden weight loss, being abnormally warm, anxiety, diarrhea and goiter.

What Do I Need To Know About An Underactive Thyroid?

An underactive thyroid is called hypothyroidism. There are also a number of things that can cause this but they are better understood than the causes of hyperthyroidism. One of the most common causes is when the body attacks its own thyroid. This is called Hashimoto's disease. A virus or radiation can also damage the thyroid gland. Another common cause is an iodine deficiency.

Pregnancy can also cause a reduction in the release of thyroid hormones but the biology behind that is very complicated. Scientists don't know the exact reason yet, but some pregnant women develop antibodies against the thyroid gland, which also causes an autoimmune disease of the thyroid.

Considering how important the thyroid hormones are for pregnancy, it's very important to watch out for the symptoms of hypothyroidism. These include: 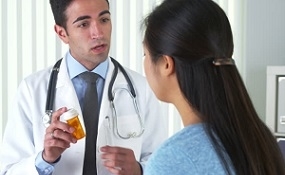 The symptoms are not as specific as hyperthyroidism but if you have any suspicion it's better to consult a doctor. Watch out specifically for swelling of the thyroid gland. Your physician may recommend taking a natural supplement to boost your thyroid health. In addition, pregnancy can also cause some of the symptoms without affecting the thyroid gland. For example, depression may come about during or very soon after pregnancy.

Hypothyroidism, an underactive thyroid, is a result of too few thyroid hormones. Symptoms can be exhibited as constipation, depression, fatigue, cold sensitivity and goiter.

The thyroid gland is probably one of the most important glands in the body because it controls the functioning of the other organs. The body really is quite good at regulating the amount of thyroid hormone released but sometimes things can go wrong. It's important to watch out for the symptoms of an overactive or underactive thyroid but specifically when there is swelling around the Adam's apple. There is a very complicated link between the thyroid gland and pregnancy because pregnancy can cause hypothyroidism and hypothyroidism which may negatively affect the health of the fetus. Again, the important thing to do is to watch out for the symptoms of hyperthyroidism.

Kari is a main contributing writer for MommyAuthority and has written for many other outlets regarding diet, nutrition and psychology. After becoming a mom herself, her new found passion, relating to motherhood, is now incorporated in her research and writings.