The Misconceptions Behind ADHD

Attention deficit hyperactivity disorder (ADHD) is one of the most commonly diagnosed disorders in children today. It is also one of the most misdiagnosed disorders in both children and adults due to misconceptions many have about ADHD. While the exact cause is unknown, people often mistake this for a behavioral disorder. In truth, studies reveal that it is a actually a neurological condition influenced by the structure of the brain.

Because we do not currently know exactly which genes are responsible for ADHD, diagnosis of ADHD relies on analyzing symptoms. Not all people diagnosed with ADHD will have all of the same symptoms or even the same intensity level of symptoms. It is also important to note that all children are hyperactive, hasty and some may not listen at times but for those who suffer from ADHD, the symptoms are much more severe and occur more frequently.

ADHD symptoms are subcategorized into 3 main groups. You do not have to fit every category in order to get a positive diagnosis of ADHD. They are: 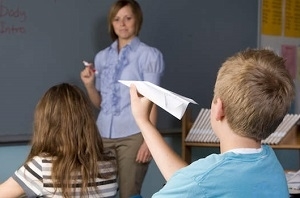 Children who are inattentive tend to be easily distracted, struggle to follow directions or finish tasks, find it difficult to sit still, become lost in thought, and struggle to remember or keep daily tasks organized. This is the child who never has the right books for class or constantly has loose papers flying everywhere. As a parent with ADHD, if you are struggling to keep up with organizing and preparing your child for the school day, here are some handy tips.

While this may seem common in many children, the severity differs with children who have ADHD and it is harder to control. In teens, this may not necessarily mean running around but can be seen more as restlessness. ADHD children struggle to sit still, run around and climb at inappropriate times, talk excessively and have trouble playing quietly.

The symptoms of impulsivity in children include things such as impatience, difficulty waiting their turn to play or speak, and doing things without thinking about the potential dangers or consequences. An example would be an older child who is so excited to greet a friend that he runs across the street without checking for incoming traffic.

ADHD is the most commonly diagnosed disorder amongst children and adults. While there are many misconceptions about ADHD, it is important to note that it is more than a behavioral issue and should be treated as a neurological disorder. The symptoms can be subcategorized into 3 main groups which are inattentive, hyperactive, and impulsive.

As we mentioned earlier, the exact cause is not known but there are many factors which may contribute to ADHD. 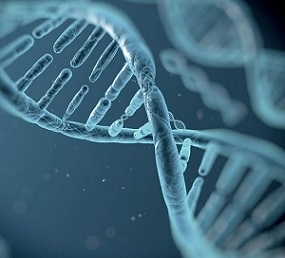 There is a strong link between genetics and ADHD. It is very likely that if your child has ADHD, you or your partner has the disorder as well. In fact, many adults realize they have ADHD only once their child has been diagnosed. Certain symptoms of ADHD may make it difficult to focus at work or complete simple assignments. There are nutritional supplements, composed of natural ingredients, which can help you accomplish even the most daunting of tasks.

Research shows that lower levels of dopamine play a role in ADHD children. Dopamine is often referred to as the "reward" hormone because it is responsible for regulating emotions such as feelings of pleasure and reward. We often experience higher dopamine levels after receiving many 'likes' on Facebook which is what makes it so addictive.

It is also believed that the brain may take an average of two to three years longer to mature in children who are suffering from ADHD.

Poor nutrition, toxins, smoking and alcohol abuse can all lead to fetal brain injury during pregnancy. Damage to the prefrontal lobe may cause difficulty controlling emotions and impulses in developing children.

ADHD is caused by many factors which affect the brain. ADHD is also hereditary which means that if your child has been diagnosed, you or your partner are very likely to have this disorder as well. 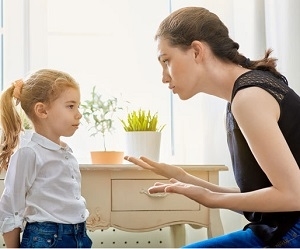 There are many myths and misconceptions about ADHD which make it easy for people dismiss or misdiagnose this disorder.

#1 ADHD Is A Result Of Bad Parenting

You may find a few judgemental looks around the mall or at play dates when your child is having an episode. The important thing to remember is that ADHD is not caused because of how your child is raised, it is a neurological disorder. There are parenting techniques to help you control and manage the disorder.

#2 ADHD Means You Are Not Intelligent And Lazy

Having ADHD does not mean you are not smart, in fact, those who suffer from this disorder are often highly intelligent. You'd be surprised to learn that some of the world's most influential people suffer from this condition.

It's common to mistake a sugar rush for an ADHD symptom but the truth is that studies have shown that there is no evidence to prove that sugar can cause or worsen symptoms. Sugar causes a spike in blood sugar which follows with a rapid decrease, this is what causes children to become hyperactive and irritable for a few hours.

#4 All Hyperactive Children Have ADHD

This is a common misconception especially because most children have times where they are full of energy and may be hyperactive. Again, the severity of the hyperactivity will distinguish kids who truly have ADHD. In addition, some children who suffer from ADHD are quiet and withdrawn. Not everyone who has ADHD has the hyperactivity piece.

ADHD is an extremely common disorder which presents as behavioral issues but is actually a neurological condition. Hopefully, new research will uncover ways to test for ADHD neurologically which will help destigmatize this disorder for both children and adults.

It can be challenging to parent a child with ADHD. Luckily, there are different tips and techniques you can learn. Many times it may be hard to find the required patience because your child's symptoms are reminiscent of your own behavior. Be kind to yourself first and it will help you enjoy your time together.

A proud writer from New Orleans, Tifanny has worked with children most of her career. From au pairing during her college days to volunteering in women's outreach groups, Tifanny is a proud and passionate advocate when it comes to Motherhood.